Professor Robert (Bob) Summers, who taught in the Economics Department of the University of Pennsylvania from 1960 until his retirement in 1991, passed away on April 17, 2012.  Professor Summers received his B.S. from the University of Chicago in 1943 and his Ph.D. from Stanford University in 1956.  Prior to joining the Penn faculty as an Associate Professor in 1960, he was an Instructor (1952-1956) and then Assistant Professor at Yale University (1957-1959) and an Economist (1959-1960) at the RAND Corporation.  Professor Summers taught courses in econometrics and in basic economics while on the Penn faculty.  He also participated in a range of Departmental and University activities, and shepherded a number of cohorts of Ph.D. students as Economics Graduate Group Chair.

One of Professor Summers’s primary interests was the Penn World Table (PWT), which grew out of the United Nations International Comparison Programme (ICP).  The ICP was jointly directed by UN staff and Irving Kravis at Penn with Bob and Alan Heston through the first three phases, resulting in the 1975 ICP benchmark comparison (World Product and Income 1982).  The ICP began at Penn with 10 countries and a reference year of 1970, and has grown to 190 countries to become the largest joint international statistical exercise to date.  As part of the ICP research, he published an article in 1973 illustrating the country product-dummy method (CPD), a simple method that has had a recent renaissance.  The ICP expert group at the World Bank recommended that the CPD be the method of choice for estimating Purchasing Power Parities (PPPs) at the detailed expenditure level.  In addition, the CPD has lent itself to a number of adaptations in the multilateral aggregation literature, not least because it is a very efficient and transparent computational tool.

Initially, PWT was a relatively simple expansion of the ICP in that it used additional data sources and models to predict the PPPs of countries not formally participating in the ICP. Summers and Heston extended this in the 1980s and 1990s to include comparable PPP estimates over time, a pioneering exercise that created for the first time a set of aggregate economic indicators that were consistent over both space and time for 180 countries, spanning the years 1950 to 2002.  This coincided with an increase in interest on the part of researchers and statistical organizations to understand the causes of economic growth among rich and poor countries, and PWT became the most reliable source of data for these studies.

As an academic research project, PWT has been able to change and update its methods continuously, and to improve its estimation in ways that would be very difficult for large international institutions to adapt, or even keep pace with.  PWT has had continuous funding from the National Science Foundation and others since the 1980s, and has fostered a large and active research community including economists, statisticians, development experts and practitioners in national and international organizations.  It is widely used in economics textbooks and downloaded frequently by students across the world as a source for class research papers, on topics on growth, productivity, trade, health, public policy, education, agricultural development, econometrics and statistics.

Summers’s vision was that PWT would become a publicly available, easy to use and free source of data, and it has. It is increasingly cited only by its initials.  Perhaps fittingly, the last version of PWT produced at Penn will be 2012.  The website will be discontinued at the end of this year and the baton passed to Robert Feenstra of UC-Davis and Marcel Timmer and Robert Inklaar of Groningen University in the Netherlands.  PWT is being left in good hands and as a measure of its brand- name recognition there will be two identical websites with the Penn identifiers, PWT at Davis and PWT at Groningen, a legacy of Bob Summers’s vision.

Summers received a number of awards during his career, including a Social Science Research Council Fellowship in 1951-1952 and a Ford Foundation Faculty Fellowship in 1966-1967, and election as a Fellow of Econometric Society in 1989.  Perhaps most importantly, in 1998 he was named an American Economic Association Distinguished Fellow for his path-breaking work on the measurement of consistent economic aggregates and prices across nations and over time in the ICP/PWT project, and he became a Fellow of the American Academy of Arts & Sciences in 2001. In addition to the honors for his research, Professor Summers was a recipient of the Lindback Award for outstanding teaching in 1967.

Friends, colleagues, former students who wish to contribute to this fellowship in honor of Summers may use this online form to do so.

Note: On the form, please be sure to designate your gift in memory of Robert Summers to ensure it will be used for the fellowship. 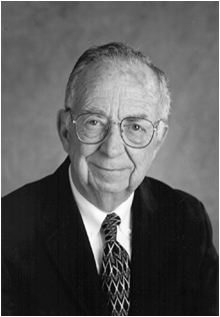