Dr. Mike Kane is an historian of philosophy interested in political theory, political economy, and the relationship of philosophy and economics. He received his doctorate in philosophy from Boston College, where he was twice recognized with awards for excellence in undergraduate teaching. In addition to his academic work, he has worked for many years as a professional investor, managing a portfolio of early stage companies.

He received an A.B. degree in classics and philosophy from Georgetown University. He is the recipient of a Mellon Fellowship in the Humanities. He has also studied at Oxford University and Freiburg University, Germany.

Kane is a senior fellow at the Collegium Institute at Penn, where he directs the project in philosophy of finance. He also teaches history of philosophy seminars for Penn alumni in their professional careers. 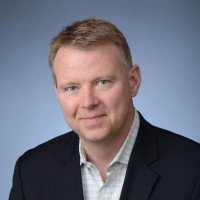