Professor Lawrence R. Klein, the Benjamin Franklin Professor of Economics (emeritus) at Penn and recipient of the Nobel Prize in Economic Sciences in 1980, passed away on October 20, 2013.

Professor Klein taught here in the Economics Department of the University of Pennsylvania from 1958 until his retirement in 1991.  He continued as an active researcher and valued colleague long after his formal retirement. He held degrees from MIT (Ph.D.), Oxford University (M.A.), and the University of California (B.A.). Prior to joining the Penn faculty as an Associate Professor in 1958, he was affiliated with the University of Chicago, the University of Michigan, and the National Bureau or Economic Research. He held honorary degrees and honorary professorships from more than thirty universities worldwide. He served as President of the American Economics Association and the Econometrics Society, was founder of Wharton Econometric Forecasting Associates, of Project LINK, and of the International Economic Review. He was a member of the American Philosophical Society, the American Academy of Arts & Sciences, the National Academy of Sciences, and a corresponding member of the British Academy.  In addition, he was a founding trustee of Economists for Peace and Security.

Klein was one of the pioneers in building macroeconometric models. One of his earliest successes was in forecasting business fluctuations and economic policy at the end of World War II. At the time many economists predicted that the end of the war would bring another depression, but Klein predicted an unsatisfied demand for consumer goods during the war, combined with the purchasing power of returning soldiers, would prevent a depression. His prediction proved to be right. His research produced a series of increasingly detailed and sophisticated models of economic activity that were used to forecast fluctuations including national product, exports, investments, and consumption, and to study the effect on them of changes in taxation, public expenditure, oil price, etc.

In 1959, Professor Klein won the prestigious John Bates Clark Medal from the American Economic Association which was awarded biennially to "that American economist under the age of forty who is adjudged to have made a significant contribution to economic thought and knowledge."

In 1980, Klein won the Nobel Prize in Economic Sciences for the creation of econometric models and the application to the analysis of economic fluctuations and economic policies. His Nobel citation states that "few, if any, research workers in the empirical field of economic science have had so many successors and such a large impact as Lawrence Klein." The Nobel Prize web site contains a detailed biographical profile.

Here at Penn, Professor Klein was an eminent teacher who not only led the intellectual activity of the Graduate Group in Economics for more than 20 years but also for many years actively taught undergraduates in the General Honors Program. While on the faculty, he mentored more graduate students and directed more doctoral theses per year than any other departmental member.

In 1993, Klein created the Penn Institute for Economic Research (PIER), to foster an environment for research and teaching that enhances the University's role as one of the leading iinstitutions in the world of the study of economics. He was extremely generous with his time helping the institute to grow and become an important part of Penn Economics.

Friends, colleagues, and former students who wish to contribute to the department in honor of Professor Klein may use this online form to do so. 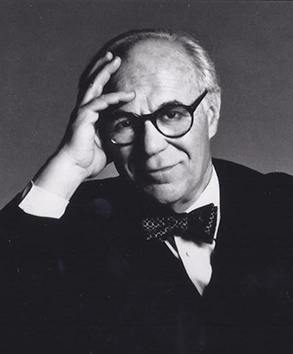