Professor Behrman is a leading international researcher in empirical microeconomics, with emphasis on developing economies.  He is also a Research Associate at Penn’s Population Studies Center. His research interests include empirical microeconomics, labor economics, human resources (early childhood development, education, health, nutrition), project evaluation, economic demography, incentive systems and household behaviors. The unifying dimension of much of this research is to improve empirical knowledge of the determinants of and the impacts of human resources given unobserved factors such as innate health and ability, the functioning of various institutions such as households and imperfect markets, and information imperfections.

He has published over 435 professional articles (primarily in leading general and field economic journals, also in leading demographic, sociology, public health, nutritional and biomedical journals) and 35 books.  He has been a researcher with the World Bank, Asian Development Bank, Inter-American Development Bank, United Nations Development Program, UNICEF, other international organizations and various governments.

He has been a principal investigator on over 160 research projects funded by the U.S. National Institutes of Health (43 grants), U.S. National Science Foundation (15 grants), and a number of other governmental and foundation sources.  He has been involved in professional research or lecturing in over forty countries.
He has received honors including: Fulbright 40th Anniversary Distinguished Fellow, Econometric Society Fellow, Guggenheim Foundation Fellow, Ford Foundation Fellow,  2008 biennial Latin American and Caribbean Economic Association Carlos Diaz-Alejandro Prize for outstanding research contributions to Latin America, Bureau for Research and Economic Analysis of Development (BREAD) Senior Fellow,  a  2011 Doctor Honoris Causa from the University of Chile, a member of the. US National Institutes of Child Health and Development (NICHD) Advisory Council, the 2017 Irene B. Taeuber Award from the Population Association of America “in recognition of an unusually original or important contribution to the scientific study of population, or for an accumulated record of exceptionally sound and innovative research” and a member of the National Academy of Science, Engineering and Medicine (NASEM) Committee on Population (CPOP). 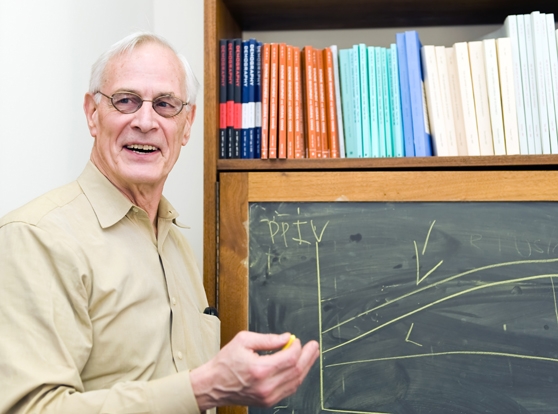 Maternal Undernutrition in Adolescence and Child Human Capital Formation over the Life-Course: Evidence from an International Cohort Study

Gender Gaps in Cognitive and Noncognitive Skills: Roles of SES and Gender Attitudes

END_OF_DOCUMENT_TOKEN_TO_BE_REPLACED
© 2021 The Trustees of the University of Pennsylvania
Penn WebLogin