Professor Cass taught here at Penn from 1974 until his death. He was born in Honolulu in 1937, graduated from the University of Oregon in 1958, and received his doctorate from Stanford in 1965. He was a member of the Economics department and the Cowles Foundation at Yale University from 1965 to 1970, and also served on the faculty of Carnegie Mellon University from 1970 to 1974.

He was an extraordinary scholar and extremely generous man. He made singular contributions to economic theory, including the introduction of the "Cass-Koopmans" growth model, the discovery of the "Cass" criterion for Pareto efficiency in overlapping generations models. With Karl Shell, he discovered the importance of intrinsic uncertainty (sunspots) in economic dynamics. His work with many coauthors on incomplete financial markets was extremely influential.

Professor Cass received many honors throughout his career, including a Guggenheim Foundation Fellowship in 1970. Most significantly, he was named a Distinguished Fellow of the American Economic Association in 1999 and elected a fellow of the American Academy of Arts and Sciences in 2003.

Cass and Shell were co-directors of the Center for Analytical Research in Economics and the Social Sciences (CARESS) from 1975 to 1986. From 1987 on, Cass served as director of CARESS. An archive of the CARESS working papers is available here.

In honor of his devotion to graduate education and to help serve graduate students in the future, donations contributed in his memory have funded the Beth Hayes/David Cass Prize for Graduate Research Accomplishment in Economics. This prize is awarded biennially for the best research contribution (which may be a paper or dissertation) in the preceding two years in the Penn Economics Ph.D. program. 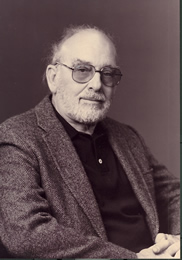 Two Problems Concerning the Role of Neoclassical Firms in Perfect Financial Markets or, The Emperor Has (Well, Almost) No Clothes