This book is based on my lecture notes for Economics 703, a first-year graduate course that I have been teaching at the Economics Department, University of Pennsylvania, for many years. It is impossible to understand modern economics without knowledge of the basic tools of game theory and mechanism design. My goal in the course (and this book) is to teach the necessary concepts and principles of game theory and mechanism design so that students can understand and appreciate the corpus of modern economic thought, and so contribute to it.

A key theme in the course is the interplay between the formal development of the tools and their use in applications. At the same time, extensions of the results that are beyond the course, but important for context are (briefly) discussed.

Game theory studies the strategic interactions of agents (often called “players” or decision-makers). An example of a strategic interaction is the pricing behavior of two petrol (gas) stations on the same intersection. Each station, in choosing its price, will both respond to the current price of the other station and to how it believes the other station will respond to its price.

To study strategic interactions, it is useful to use parlor games such as chess and poker as examples.  The first game theorists were mathematicians, and viewed the study of strategic interactions (beginning with parlor games) as applied mathematics.  The goal was to calculate a solution, which was a prediction: How would rational players behave? A solution can also be a recommendation: How should a rational player behave (assuming the other player is rational)?

The perspective of these notes is that of an economist. Economists are social scientists and, as such, want to understand social behavior. Any model simplifies the situation being modeled, and models of strategic interactions in an economic or social context are no different. The resulting modeling choices make the use of game theory within economics very different from game theory as applied mathematics (which takes the rules of the game as given). In particular, the modeling choices reflect the modeler’s judgment as to what the players treat as strategically relevant. This judgment determines both the choices of strategy spaces (the actions and information players have), and the choice of solution concept. There is often a subtle interplay between the question under investigation, the modeling choices (including that of the solution concept), and the resulting analysis. 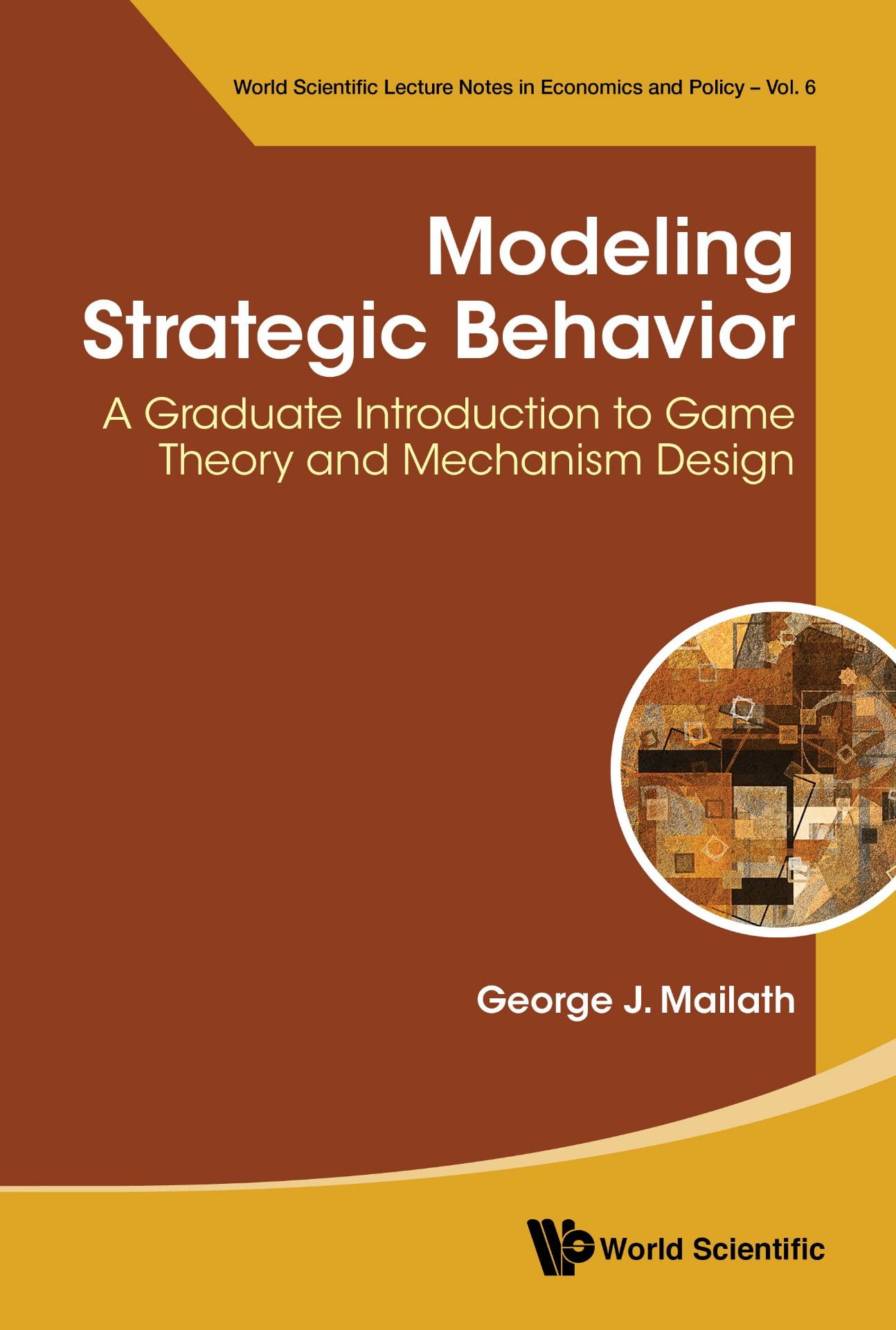