Alvaro Sandroni comes to Penn from Northwestern University where he has been the E.D. Howard Professor in Political Economy, at the Kellogg School of Management, since 1996. He received his PhD in economics in 1996 from the University of Pennsylvania, his PhD in mathematics in 1994 from the Instituto de Matematica Pura e Aplicada (Brazil) and his B.Sc. in mathematics in 1986 from the Pontifica Universidade Catolica economics (Brazil).

Sandroni is on the editorial boards of Economic Theory and the International Journal of Game Theory.

Sandroni is the author (along with Peter Klibanoff, Boaz Moselle and Brett Saraniti) of Managerial Statistics: A Case-Based Approach (2005, Cengage Learning). He has also published his work in the Proceedings of the National Academy of Sciences. 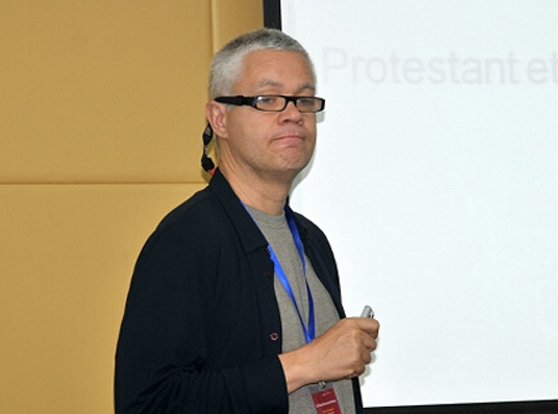 END_OF_DOCUMENT_TOKEN_TO_BE_REPLACED
© 2022 The Trustees of the University of Pennsylvania
Penn WebLogin